The photobook „EAT, SLEEP, SCHOOL, FIGHT“, is a multimedia project about student brawls (tawuran pelajar) in Jakarta, Indonesia. It combines screenshots of interviews, YouTube videos and Instagram posts with photos and texts. QR codes make it possible to use the book interactively.

On February 14th, 2017, 17 year old Bagas was beaten to death in a brawl among high-school students in East Jakarta. Dozens of people witnessed the fight, many were filming the scene with their mobile phones and later on shared the videos on social media. They were spread all over the internet and millions of people could watch how Bagas was murdered. 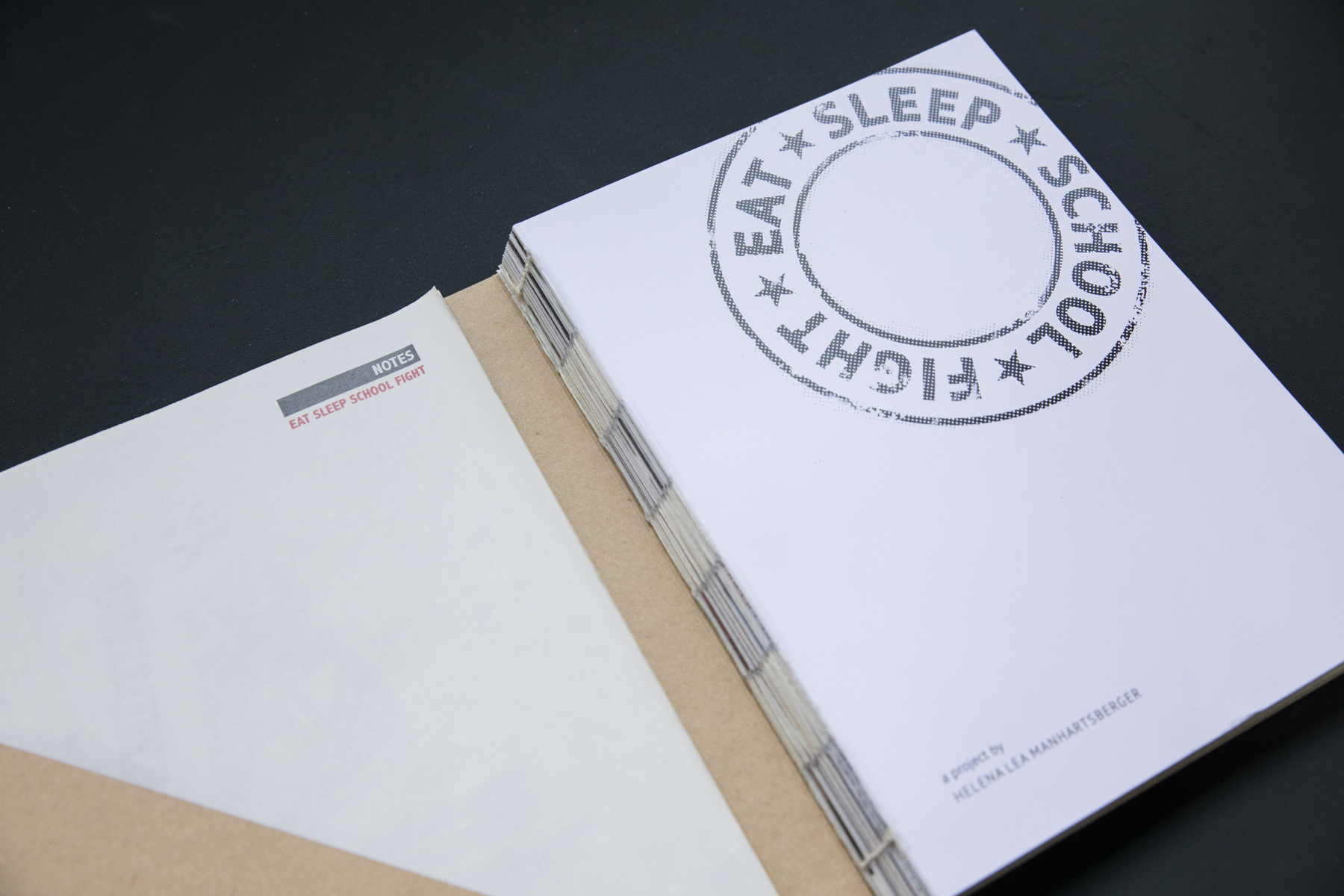 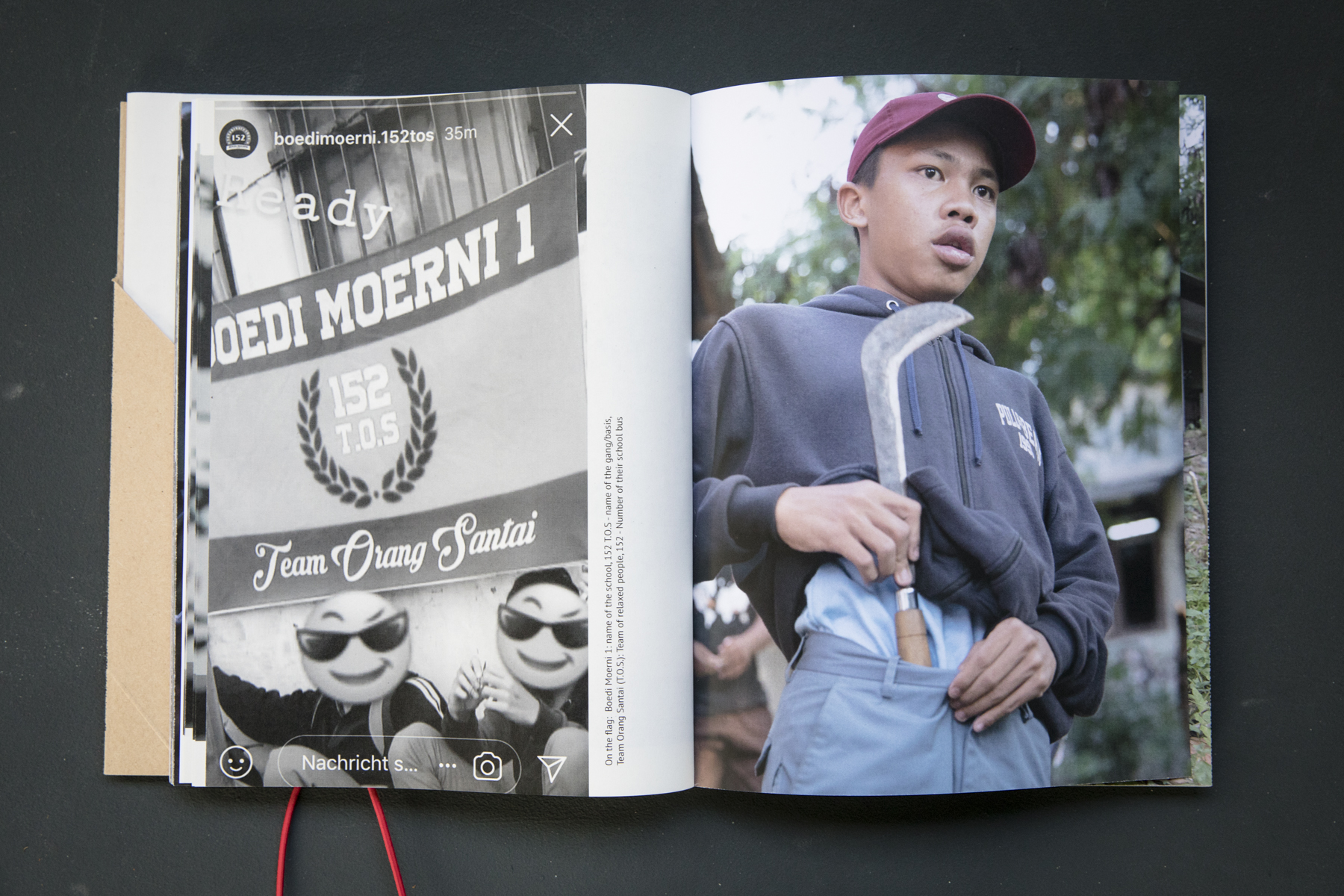 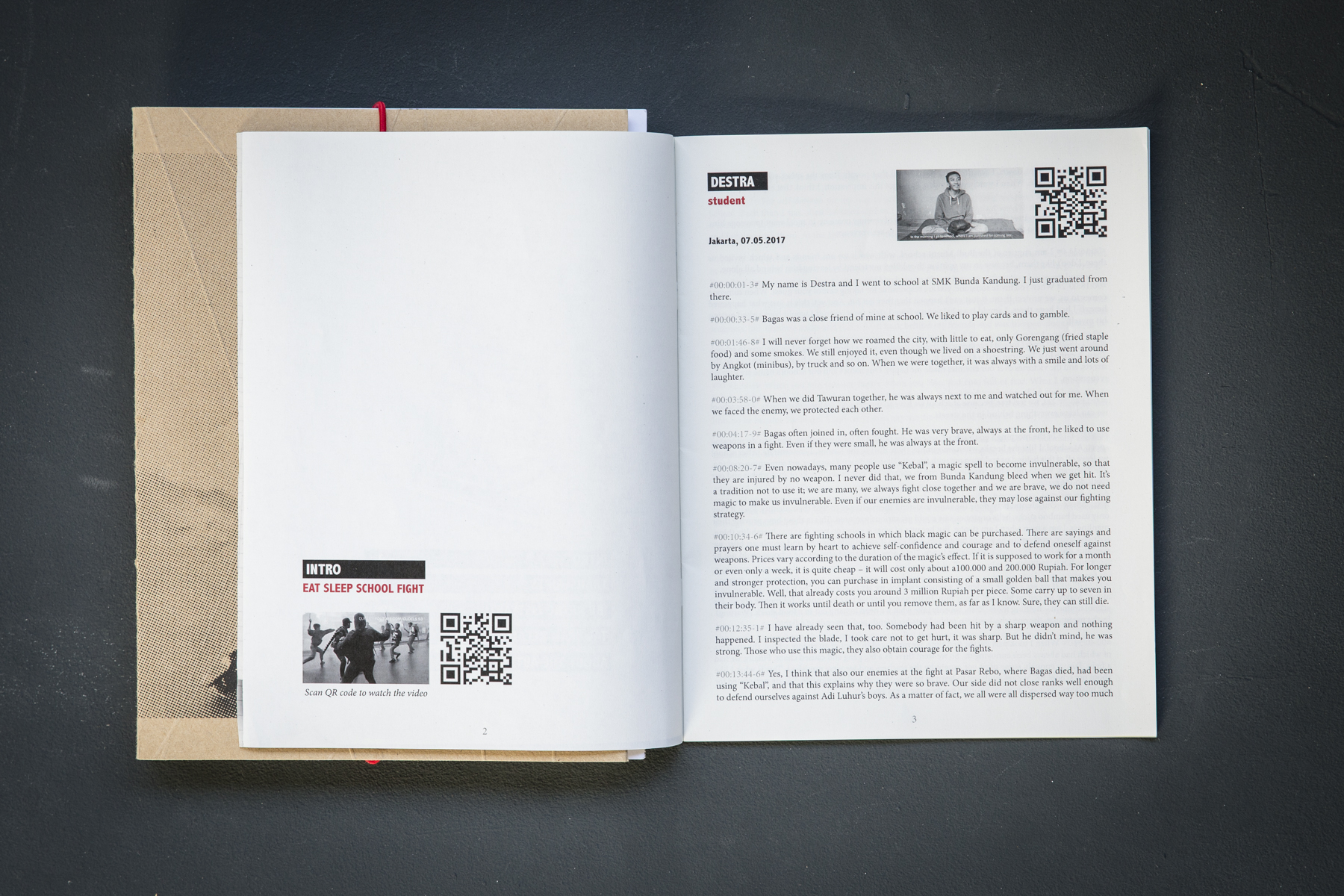